Rapid Relief From All Your Hemorrhoid Symptoms

Venapro utilizes an advanced two-part relief system to help you get rid of your most painful hemorrhoid symptoms quickly and effectively.

That means no more itching, bleeding, leakage, pain or swelling. You can comfortably return to life as normal with a new revolutionary system that not only treats hemorrhoids directly through the skin, but also at the source – supplying your colon with all the necessary vitamins and minerals it needs to function properly.

With Venapro’s direct spray, you have an easy-to-apply solution for instant relief, while the all-natural oral supplement starts working from the inside out. Both long-term and short-term relief are backed by a 90-day guarantee that this product will work for you.

Hemorrhoids are swollen veins that usually develop in the lower rectum.

There are two types of hemorrhoids that are usually classified by their location on your body.

Internal Hemorrhoids – develop inside the anus, usually at the end of the rectum.

Because Venapro is a two-part system, even the internal hemorrhoids could be relieved due to Venapro’s oral supplement. It has all the necessary ingredients for a healthy colon and hemorrhoid relief – like red sage, Vitamin E, cayenne pepper, and chestnut extract.

For external hemorrhoids, not only will they be targeted with the oral supplement, but Venapro’s system also comes with an easy-to-use spray that doesn’t leave the sticky residue greasy creams can leave. Just 2 sprays, and you’re done.

This dual-threat system is backed by Venapro’s official 90-day money-back guarantee: If you don’t start to see incredible results and experience total relief in less than 10 days, just return the product for a full refund.

Treat and Shrink Painful Hemorrhoids In Less Than A Day

Is this 2-part Hemorrhoid Relief SystemRight for You?

I’m going to guess if you’re here reading this right now - you need help, you want relief, and you want it fast.

How do I know these things?

Because I suffered from the same pains and fears that you’re suffering from right now.

And as an expert in this field, I pledged my life to help my neighbors, and that’s exactly what I did with my VenaPro 2-part system. The Secret Most Hemorrhoid Sufferers Don't Know About...

Part of what made finding a real solution so difficult, was finding and treating the ROOT cause of hemorrhoids and not just the symptoms we see and experience.

If we only focused on the pain, the bleeding, the itching, and the swelling, we would just find ourselves with more annoying bumps every single year.

So I had to find out what was CAUSING these hemorrhoids to form.

When I found that book by Chanja Marukip, and read what he discovered about gut balance, stomach acidity, cell leeching, and healthy bacteria I knew I had found my answer.

It starts in the gut.

And that’s where my Guidebook comes in – it tells you exactly what you need (Including a High-Quality, TRUSTED Probiotic Supplement) and how to destroy your current hemorrhoids.

The best part? It’s not that hard to get started. It’s as easy as adding one or two things to your daily diet, and staying away from particularly sensitive foods.

Why is it so important to start taking action today?

Because hemorrhoids aren’t only annoying and painful,they could potentially be catastrophic and fatal.

Anemia, Thrombosis, and Gangrene are just some of the major risks you’ll face with untreated hemorrhoids.

Trust me, I know, I’ve seen it in my own patients. Patients who think they did everything right (like buy over the counter creams that didn’t work, or who got surgery the first or second time).

In fact, out of the thousands of patients I’ve had – the only ones that completely conquered hemorrhoids were the patients that tried my system.

The product gets the job done. I have had an internal hemorrhoids for over a decade. Now that I am on the 6th bottle, I can say that I see the results – no more sympthoms of any kind. On the third bottle, I started to see the results. I used as directed and very satisfied.

It helps even after couple of weeks – definitely feel at ease. I know that in 2 months there is going to be a tremendous difference.

Shelly - Results may vary from person to person. 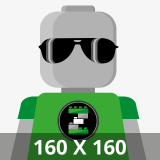 When I bought from this company, always had a nice experience. And Venapro didnt dissapoint at all, it did the trick in less then 3 weeks. Its a joy to do business with this company.

These statements have not been evaluated by the Food and Drug Administration. This product is not intended to diagnose, treat, cure, or prevent any disease. This product is not intended for those with a medical condition. Use only as directed. Do not use this product if you are at risk of or are being treated for high blood pressure, kidney, liver, thyroid, or psychiatric disease, anxiety, depression, seizure disorder, herpes, or stroke. Consult your physician before prescription drug. Not for use by children under the age of 18. Free shipping is to the United States only.Results are not guaranteed, results vary by individual.

Arbitration Agreement: You and Company agree that this arbitration agreement is made pursuant to a transaction involving interstate commerce and shall be governed by the Federal Arbitration Act (FAA), and not by any state law concerning arbitration; and that any dispute between us, including disputes by either of us against any agent, officer, shareholder, member, employee, subsidiary, affiliate, predecessor in interest, successor and/or assign of the other, will be resolved exclusively and finally by binding arbitration.